Saddle fit is a contentious issue in horse riding. Quite recently, I decided to take the plunge and ask a local tack store to bring in their saddle fitters, so that I could save up to buy whatever fits my horse. Owning a horse riding school is no joke and ensuring that every horse and pony is as comfortable and happy as they could possibly be is a major goal of mine. I am not satisfied with riders who take their mount for granted. I cannot accept sourness in school horses, because it is usually preventable. For this reason, my personal riding horses have “made do” with whichever saddle fits them at the time. Horses often change shape as they build or lose muscle, undergo postural changes or experience seasonal dietary adjustments. Some horses change shape more than others and I always seem to pick these tricky fits as my personal horses.

Currently, my riding horse is Atlantic Storm (his story can be found on our Equine Team page). He was given to me because he experienced on and off lameness at every home he’s had. His first owner had his near fore radiographed when he was very young due to suspected lameness and he has changed homes since. Other than tripping with his hind legs occasionally, I had not experienced any lameness until recently. Atlantic suffered from neurotoxic poisoning a few months after he arrived and I cannot be sure if this is still affecting his ability to build muscle, but I noticed that we had reached a halt in our schooling. He had become very supple, but we were just struggling to build more muscle in his hindquarters. When he arrived, he also had very severe muscle atrophy in his wither area, common of horses that are not truly working over their backs correctly, or who have ill-fitting saddles, often too narrow, in an effort to raise the saddle off of their high withers.

Within a few months of work, some muscle was starting to build in this compromised area and we are seeing progress, but he had this very slight limp in his off hind, whether under saddle or not. A chiropractic adjustment revealed nothing that we didn’t expect and he felt much better after his session. He has also had two myofascial release sessions with a qualified body worker and the results have been tremendous. The saddle fitting was the final step in ensuring his comfort.

For years, I have wondered if it is worth spending thousands of Rands on a saddle. It felt to me like if the saddle worked for the horse, I would not worry about the fit for myself. Since the fitters were convinced that the saddle that would fit Atlantic would be close to 37k, I decided to bring in a second fitter, with different saddles also in that price region. Bear in mind that I own 11 horses and ponies and need to ensure their optimal upkeep at all times while running the yard and riding school. This kind of money spent on a saddle is not economically viable, neither is it immediately possible (I do realize that I will possibly look back at this entry in a few years’ time and giggle at my own naivety, but such is life). I felt so strongly about the matter that I went ahead anyway. 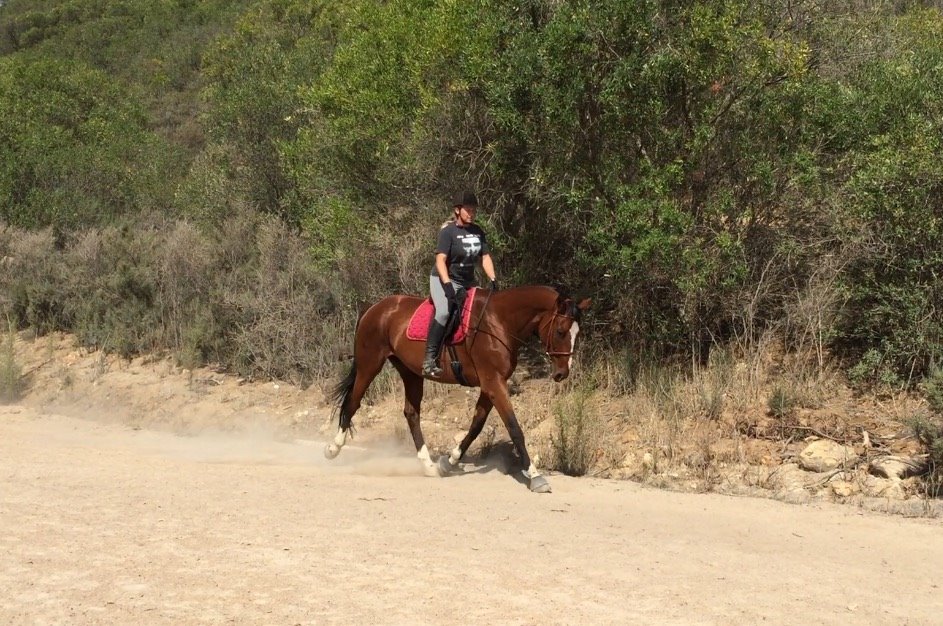 Interestingly, Atlantic was incredibly comfortable in the saddle I had always envisioned buying as an investment for the yard – a DT Butterfly. You can read more about the saddle here: http://dt-saddlery.de/products/saddles/butterflyr-system-of-saddle-tree.html  Atlantic was more free through his shoulder than I have felt in a very long time. I could feel his back swing underneath me, which was previously impossible under my old County Dressage saddle. The only thing that I could fault the saddle on was the fact that I was working incredibly hard to stay balanced in the saddle. I have in the past tried the jumping version on my mare as well, and there is very little in the way of support for the rider. Interestingly, the same saddle felt perfect on a different horse with broad shoulders and a short, curved back. I felt supported as a rider and able to guide the horse, as I was not fighting to stay balanced. The short panels of the saddle also made it a perfect fit for the short-coupled horse, but erred on the short side for Atlantic, even in an 18″ seat.

The saddle fitters who originally came out, brought the Prestige GP ( http://www.prestigeitaly.com/scheda.asp?menu=leisure&IDproduct=155&LAN=ENG ) and their first comment was “start saving”. The fit was perfect and would allow for Atlantic to still develop muscle, which is incredibly important in my opinion, but the ride would determine all. I expected Atlantic to experience less freedom of movement through his shoulders than in the Butterfly, but the opposite was true. Whether it was due to the fact that the saddle is incredibly comfortable or the fact that it supported me well as a rider, we both felt great! Atlantic not only raised his back underneath me, he also stumbled less in this saddle and moved effortlessly. Needless to say a simple experiment turned into a mission to purchase said saddle. I requested one more fitting as soon as humanly possible, in order to decide on appropriate remedial pads which would help Atlantic build muscle by further protecting his back. That Monday, we completed the fitting and once again he stumbled less and felt great. Remarkably, there was a noteworthy improvement in the limp we had seen the previous week – so much so that I could merely feel a slight weakness under saddle and video footage shows nearly no difference left to right. That same evening, I did not have the new saddle yet and needed to use Atlantic for a lesson. Immediately the limp was back in his old saddle, despite thorough, correct warm-up and the fact that at first glance, the saddle seems an acceptable fit for him. 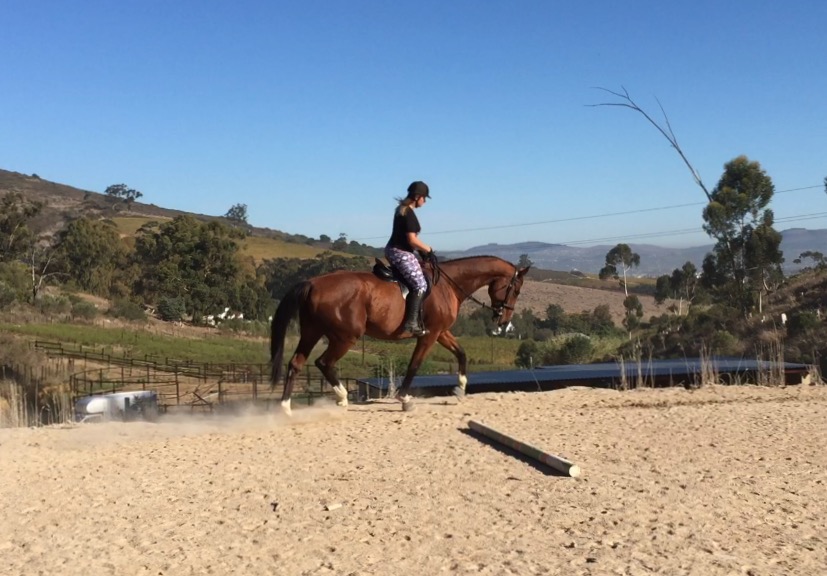 Saddle fit is not only contentious, it is also misunderstood and overlooked in many equine behavioural and health issues. As deep as the rabbit hole goes, we will try to break up the common problems with saddle fit in a few posts over the next few months. Feel free to leave your comments below or email us with questions or suggestions. Have a look at the following article for some insights: https://www.horsejournals.com/horse-care/illness-injury/prevention/equine-symptomatic-lameness 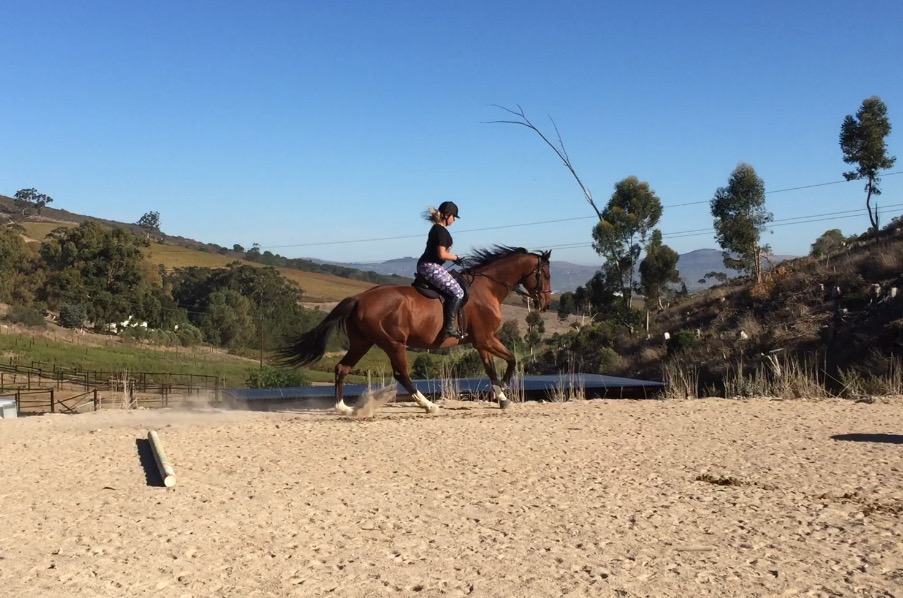 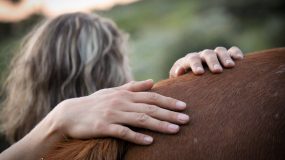