Humans are riddled with emotions. We are designed to be swayed by our feelings, which are connected not only to our sense of self, but also to our intuition, our perception and our outlook on the world. Often when we are working with horses, coworkers, family or friends, we bring these emotions to the proverbial or literal arena. Horses find this incredibly peculiar. Equines are programmed to be quiet creatures – their lives generally depend on their ability to remain undetected while they spend all day grazing and foraging in order to extract enough sustenance from their environment. Humans, however, are the opposite. We must make split-second decisions almost daily. Our schedule is usually crammed with school, work, the role of being a wife, husband, father, mother, sister, brother, friend or enemy. We negotiate these roles constantly and very often we cannot shake these roles while we enter into the horse’s domain.

Horses just are. They do not calculate (negatively). They do not plan on making your life miserable. They merely exist in a quiet sense of awareness. Their propreoception is so advanced, that they can feel your white noise-filled body approaching before you have even entered their field of vision. And sometimes, what we interpret as a challenging or argumentative horse, may merely be a normal horse, kindly asking us to slow down.

I have known this for a while, but I never truly experienced the full extent of their quietness until I worked with a specific client’s horse. This little mare seemed to be doing everything in her power to disagree with me. She had, on more than one occasion, placed her owner in danger. It happened to the owner too, so I thought it must be something that we need to address and remedy in the horse. The horse has an issue with something and the horse perceives us as threatening, and therefore she is defensive. This is quite often true, but I had quite a shift in perspective late one night when I had finished the day’s lessons, and now, by 11:30pm, after schooling five other horses, this little mare was the last one I needed to work with for the day. My thinking was that once I had worked with all the other horses, I would be tired enough to not take things personally when she “reacted”; I would be tired enough to have low energy when I worked with her, so that she would not “overreact”. Makes sense right? Nope. We spent half an hour bouncing off each other. She cocked a hip, was stiff, flighty and high-headed constantly and none of the techniques I had applied successfully before, were working. I have long learnt not to work hard, but to work smart – yet here we were, both puffing after what was meant to be a short, relaxing session. Then suddenly I became aware of the stares of five more sets of eyes. The stabled horses were observing this commotion from the comfort of their own stables and I could sense the confusion in their eyes. “What is happening out there? What do you want from her? Horsey friend, just do what she wants so we can all go to sleep! What does she want?” 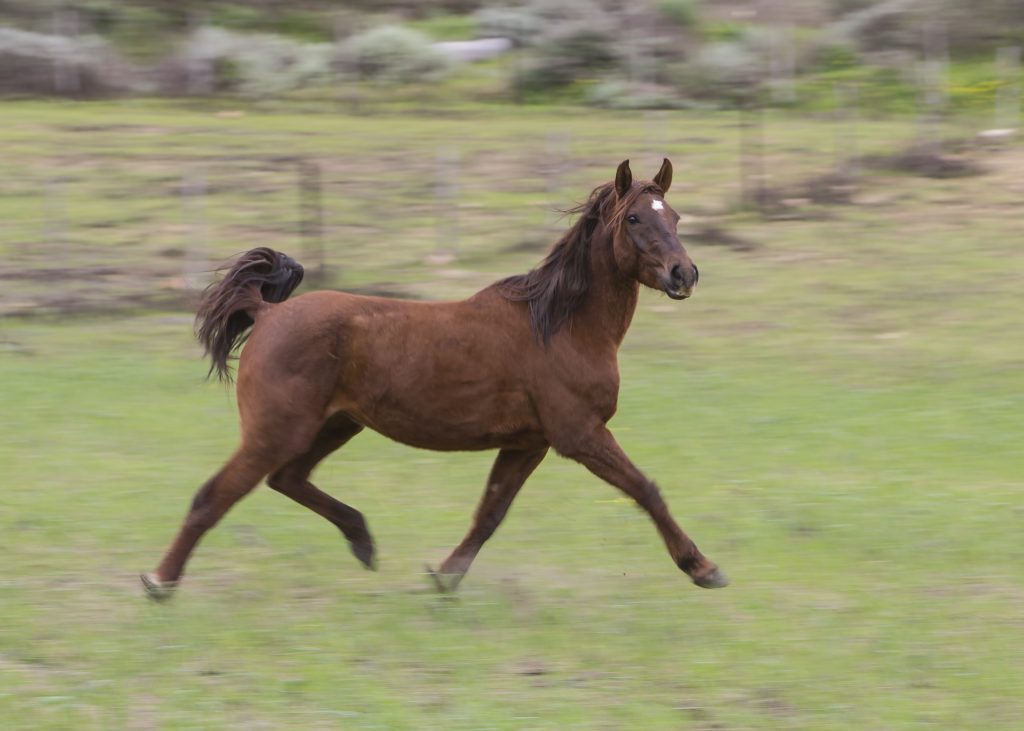 I stopped. The little mare stopped. As a very light drizzle started to come down, we just stood, fixed on each other, unsure who was going to make the next move. And suddenly, as if I had just learnt how to read, I noticed her breathing. I noticed that she didn’t look obstinate or defensive or willful or (the NH movement’s favourite term) submissive or dominant at all..she merely looked bewildered and confused. I saw myself through her eyes and realized that *I* was the defensive one. *I* was the one who was saying “no” to every question the little mare asked. It was a question every time. Every move that I had seen as a challenge, was merely an expression, saying “I don’t understand”, “That is difficult” or “Are you sure?” Man, I sure did feel like an idiot. What a waste of time and energy! How unfair had I been towards the horse all this time…and how much further along could we have been if I hadn’t been so rigid in my interpretations. I would love to say that she immediately forgave me and we carried on as if nothing had occurred previously, but it’s not that easy. Horses need proof that you are trustworthy and that you are consistent. I had, up until then, shown her consistent incongruity. It took quite a few sessions of conscious adaptation to convince her of my new perspective. And I thank her for that – because of her, I can take a step back before I assume to know how a horse is feeling. Only when we can see things as they do, can we hope to form a lasting partnership, based on trust and understanding. 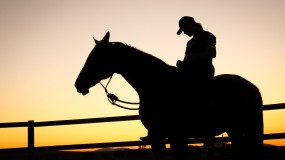 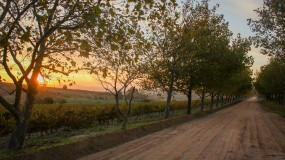 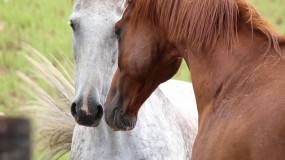 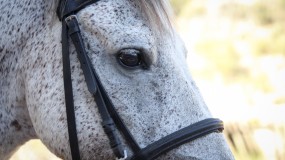 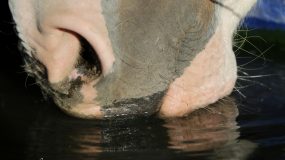